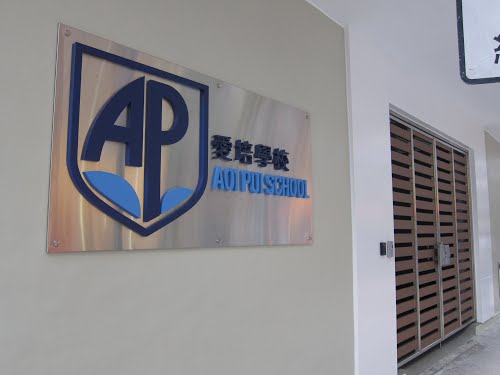 Carol Ng has tried hard to look beyond the disruptive behaviour of her son Hugo, who is now seven. He was unwelcome in his mainstream primary school as he was commonly referred to as ‘dangerous’.

Slapping a schoolgirl on the face was his response after she said goodbye. Throwing water bottles around, stopping an escalator from running and chucking his schoolbag over the rail track in a MTR station are other examples of Hugo’s behavioural problems.

‘The other parents think this crazy boy can’t stay in a normal school because they don’t know what’s wrong with him,’ said Ms Ng, a primary school teacher.

However, Hugo is lucky that his parents can afford to send him to a special school for autistic children that charges HK$17,500 per month. Many autistic children in Hong Kong are excluded from this specialist service for whom affordable specialist education is still a long way off.

In a recent interview at Autism Partnership School in North Point, Ms Ng said she often felt helpless because of the enormous pressure of dealing with Hugo.

‘He is no good at maintaining eye contact. He doesn’t know I’m Mummy. He could recognise the colour of my pants but often would end up grabbing a stranger wearing pants of the same colour,’ she said.

Frustrated and humiliated by her son’s behaviour, Ms Ng once thought Hugo was the worst boy in the whole world. He had autism, attention deficit/hyperactivity disorder and experienced difficulties with reading and writing but had the IQ of an average child.

Ms Ng hoped to fit Hugo into a mainstream learning environment. It was because she wanted him to play, talk and make friends, just like other children of his age.

But Hugo is special and it’s not hard to figure out that discipline probably wasn’t a high priority on his personal agenda.

‘He was kicked out after being in a kindergarten for three months at the age of two,’ said Ms Ng.

That was about the same time he was diagnosed with autism. Hugo went from school to school and she would often have to accompany him during class hours to ensure a reasonably smooth classroom order. There was a phase when he was admitted to a hospital ward for children with psychological or psychiatric problems, and visiting rights were used as an exchange for ‘good’ behaviour in the eyes of hospital staff.

‘He was treated like an animal as they tied him on a bed for any time from 30 minutes to two hours, until he calmed down.’

Two months later, Hugo was discharged and was sent to Autism Partnership School. The immediate change Ms Ng noticed in her son was a sense of calmness she had never seen before.

‘In the first day of schooling, after half an hour, Hugo turned around and said ‘Mummy, you can go now’. He was playing card games with his teacher. I’d never seen him so calm before,’ she said.

Other gradual changes include Hugo wanting to go school and greeting people politely within the school grounds, even though he would still argue with his mother outside the school gate.

‘I think the change is magical,’ Ms Ng said.

The Autism Partnership School in North Point’s Wharf Road is registered as a private primary school.

The school is non-profit making despite its high tuition fees.

The Autism Partnership was founded in Hong Kong in 1999. It has two companies, with one providing applied behavioural analysis therapies to young children.

The other one operates the Autism Partnership School which offers a Chinese and English curriculum covering subjects such as English, maths, physical education and art, with an applied behavioural analysis approach.

The school has 26 students, with a teacher to student ratio of 1:2.

According to the Education Bureau, there are nearly 8,000 students in 61 special schools in the school year 2008-09.

Of the 61 special schools, only one – the English Schools Foundation’s Jockey Club Sarah Roe School – caters for non-Chinese-speaking students, offering 60 places for pupils unable to cope with learning in a normal school environment.

By this August, the ESF will provide 147 places for students with special educational needs able to learn in ordinary classrooms. There is a waiting list of up to 80 students for both the learning support class and Sarah Roe special school. Fees at ESF cost HK$58,100 for primary and HK$89,250 for secondary a year.

Autism Partnership School parents pay HK$210,000 a year for tuition fees. The government pays between HK$100,000 and HK$235,000 to provide a school place for students with special educational needs.

Deirdre Noble is a mother of a six-year-old son, Kendall. This is the first year the family are together in one place as she previously moved between Shanghai, Colorado in the US and Hong Kong to search for a suitable school place for her autistic son while his father was living and working in Shanghai.

Kendall was diagnosed in Hong Kong at the age of three.

‘The first autistic sign I saw in him was a temper tantrum he threw. We were supposed to be getting our shoes on to go to baby group and he was only 10 months at that time. He started banging his head on the floor so much that he put a knot on his forehead,’ Ms Noble said.

She had tried fitting her son into a mainstream learning environment but Kendall did not cope well. ‘He’d be rocking,’ she said. ‘The class just went on without him. When playing games, the kids were furious because he just didn’t get the concepts of winning or losing. Kids hate him.

‘The fact that kids said that to Kendall doesn’t bother him at all. It bothers me.’

After being put through a range of failed mainstream learning experiences, Ms Noble is not motivated to look for another mainstream position until Kendall can improve his social skills.

‘I’ve heard horror stories of kids being bullied at school,’ she said.

When students are admitted to Autism Partnership School at any age from four and 13, having just been diagnosed with the condition, they typically have difficulty communicating with other people.

Associate director Toby Mountjoy said they would normally have difficulty with play skills.

‘They engage in self-stimulatory or repetitive behaviour or non-functioning behaviour such as putting things in their mouths. They can also be quite aloof socially,’ he said.

But Mr Mountjoy said up to HK$7,000 of the tuition fee went towards rental of the school premises.

‘It’s a very expensive programme to run … But what do you do? Have less staff? Less space and compromise the quality of the programme? We certainly made no money out of this,’ he said.

He said the commercial arm of Autism Partnership, which provides ‘early intervention and therapy services to a whole range of students’, contributed HK$1.3 million to the primary school last year. If given a vacant school premises, it would have a great deal of flexibility to bring the tuition fee down significantly.

However, he said, this had been quite a challenging process due to factors including keen competition from international schools for more space and limited transparency in how contracts were awarded.

Despite the difficulties, the school has certainly begun its preparation. Mr Mountjoy said the Parent Teacher Association was raising funds to cover the costs of renovation if it was offered vacant premises.

Mr Mountjoy said programmes in Hong Kong were determined by budgets instead of the other way around, which was to provide the therapy and then decide the budget.

‘Most students here would do group teaching at a very young age. There aren’t any government-funded early intensive behavioural analysis programmes. Parents receive no financial support from the government and if they are to receive government services, they tend to be not often research-based, with very minimal intervention for a short duration and with long waiting lists,’ he said.

He said early intensive intervention would be ‘absolutely critical’ for an autistic child to catch up on the developmental delay.

A spokeswoman for the Education Bureau said it was unable to provide Autism Partnership School with school premises due to its private school status.