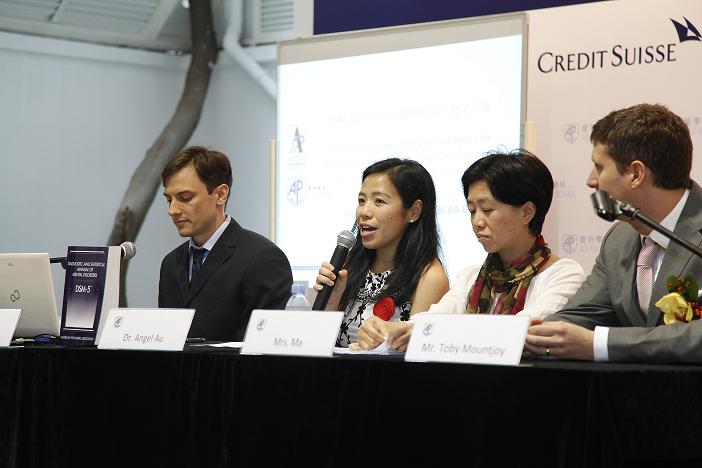 Nearly 10 per cent of individuals previously diagnosed with autism will no longer be assessed as having the disorder after the adoption of a newly edited manual used for the diagnosis.

Their disabilities will be put in a different category as a result of the revision, the first in 13 years.

The fifth edition of the American Psychiatric Association’s Diagnostic and Statistical Manual of Mental Disorders, which is commonly used for diagnosing mental disorders in Hong Kong, was released last month.

One of its many significant changes is to lump four existing categories – autistic disorder, Asperger’s syndrome, pervasive developmental disorder and childhood disintegrative disorder – into a single one, autism spectrum disorder.

And there is a new category – social communication disorder, a state between autism and no autism.

To be diagnosed with autism, a patient must display three required symptoms in communication and two of four in behaviour.

They are then categorised into three levels that indicate the amount of support they need.

Explaining the revised manual, US psychologist Dr David Fischer said 91 per cent of children diagnosed with autism under the fourth edition would also meet the criteria set out in the latest manual.

Most of the remaining 9 per cent would fall into the new social communication disorder category, he said.

“They may have some of the symptoms of autism disorders, like social impairment, but they don’t have the behavioural difficulties, and that’s what this label is for,” Dr Fischer said.

But he also said a small percentage of people not diagnosed with autism under the earlier edition would be regarded as having the disorder using the new manual.

He also said it was debatable whether those with social communication disorder should go to special or mainstream schools, adding that about 1 per cent of the population – some 70,000 in Hong Kong – was estimated to have varying degrees of autism.

The Department of Health said yesterday its Child Assessment Service – which assesses children under 12 for developmental problems – would refer to the new edition.

Dr Ferrick Chu Chung-man, head of policy and research at the Equal Opportunities Commission, said the manual had greater medical than social meaning.

“As long as the student is learning differently from others, it is a disability and they are entitled to special needs protection,” he said.