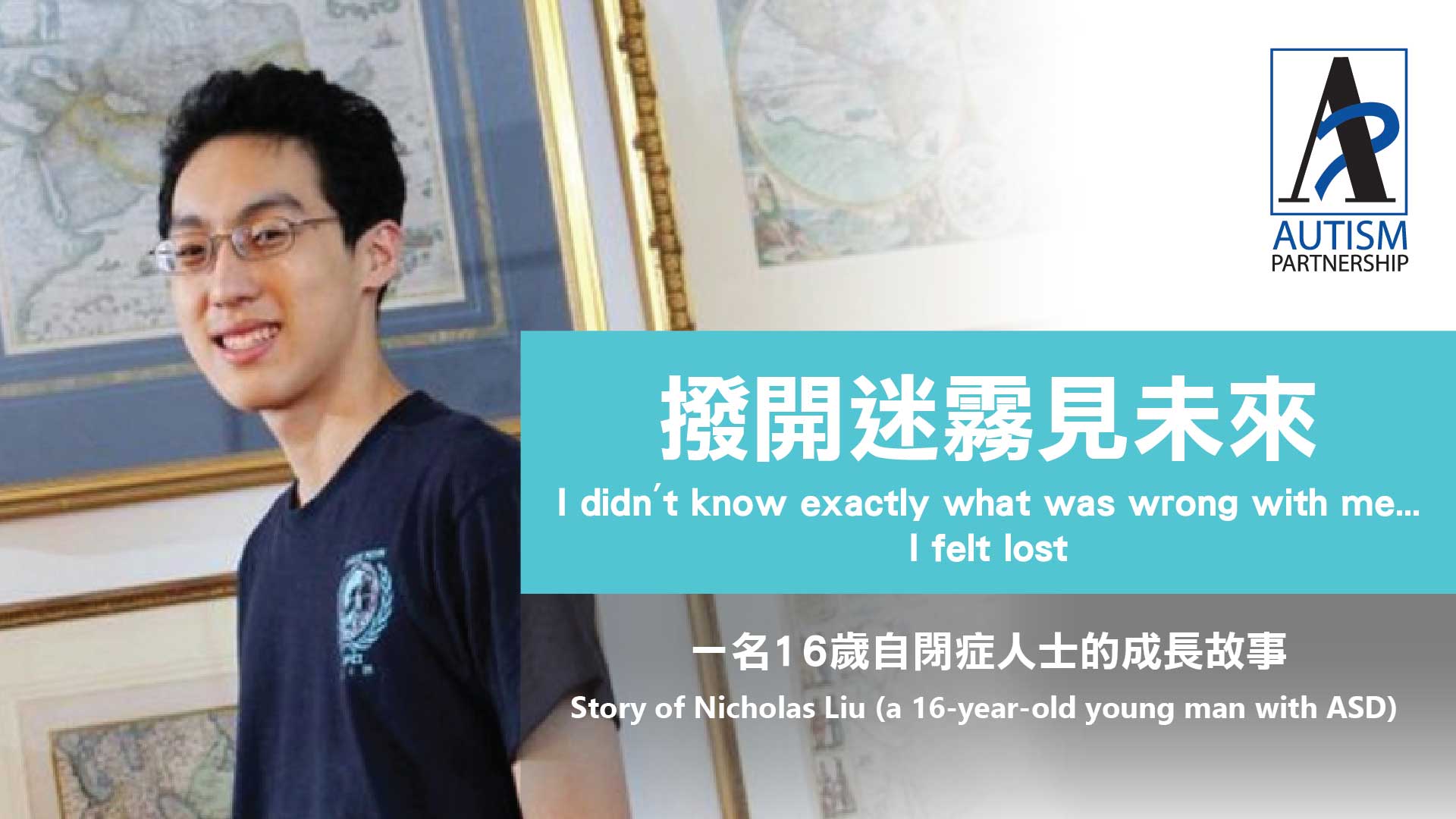 A confident and gregarious youth, 16-year-old Nicholas Liu Jichin had an audience of several hundred people at Chinese University enthralled last November. His 30-minute talk at an autism conference turned into a two-hour session, as parents plied him with questions about his experience.

At the age of three, Nicholas was diagnosed as having high-functioning autism. But today, no one meeting the Hong Kong International School student would realise it.

He undertook a long and arduous journey to overcome his condition. Kindergarten and primary school were lonely times.

“I didn’t know exactly what was wrong with me. I didn’t know what was deterring people from making friends with me … I felt lost” Nicholas says.

“When a teacher read a book in class, I was not aware there was an environment around me, and I would sing my favourite song and disrupt the class. I did things that were unintentionally offensive. I had a really short attention span for things that I didn’t like. My classmates used to tell me I was a bit weird. As a result, I didn’t have many friends in primary school.”

“At the age of one, he ate everything. But from one to three, his diet started to narrow, and he only ate things with the same colour as bread and butter,” Liu recalls. Nicholas was examined by the Autism Partnership in Hong Kong, as well as the New York University Child Study Centre, both of which confirmed the diagnosis.

“Around that time, we found out he also had hearing loss, delayed speech, and motor issues. We were worried. Could he be independent [when he grew up], we wondered.”

The couple devoted their energy to helping Nicholas improve his condition.

From the age of three to six, he had applied behavioural analysis therapy. Professionals from the Autism Partnership spent 30 hours each week with Nicholas for the first two years. That was reduced to 20 hours per week later.

“He had speech and occupational therapy every week. He was very unco-ordinated with his hands, so we encouraged him to play piano and swim to improve his motor skills,” his father says.

Nicholas has vivid memories of those childhood therapy sessions. “A lot of it involved positive reinforcement. Whenever I did the right thing, they would let me do the thing I liked for three minutes. My parents described it as tutoring, so I had a good attitude towards it. I thought everybody had the same thing.”

To his parents’ delight, the intensive therapy achieved remarkable results: “We had him evaluated every two years. Every time, his IQ score went up. Therapists later said he didn’t quite qualify for autism, although he still has some symptoms.”

Two years ago, the Lius decided it was time to tell Nicholas about his condition.

Nicholas says he took the news in his stride. “I was proud of myself for being able to put up with it. At the time, I knew about autism but didn’t fully understand the details.”

Nicholas has since taken on the role of autism educator, and gives talks at his school and to staff at the Yaumatei Child Psychiatric Centre. Last summer, he became a volunteer at the Autism Partnership.

“Lots of people who grow out of autism might not want to talk about it. I want to help more people who have the same condition as me,” he says.

It’s delighted to have Nicholas as one of the lovely kid in Autism Partnership. We all feel very impressed to see his amazing progress and grateful that he’s willing to share with others his encouraging journey!