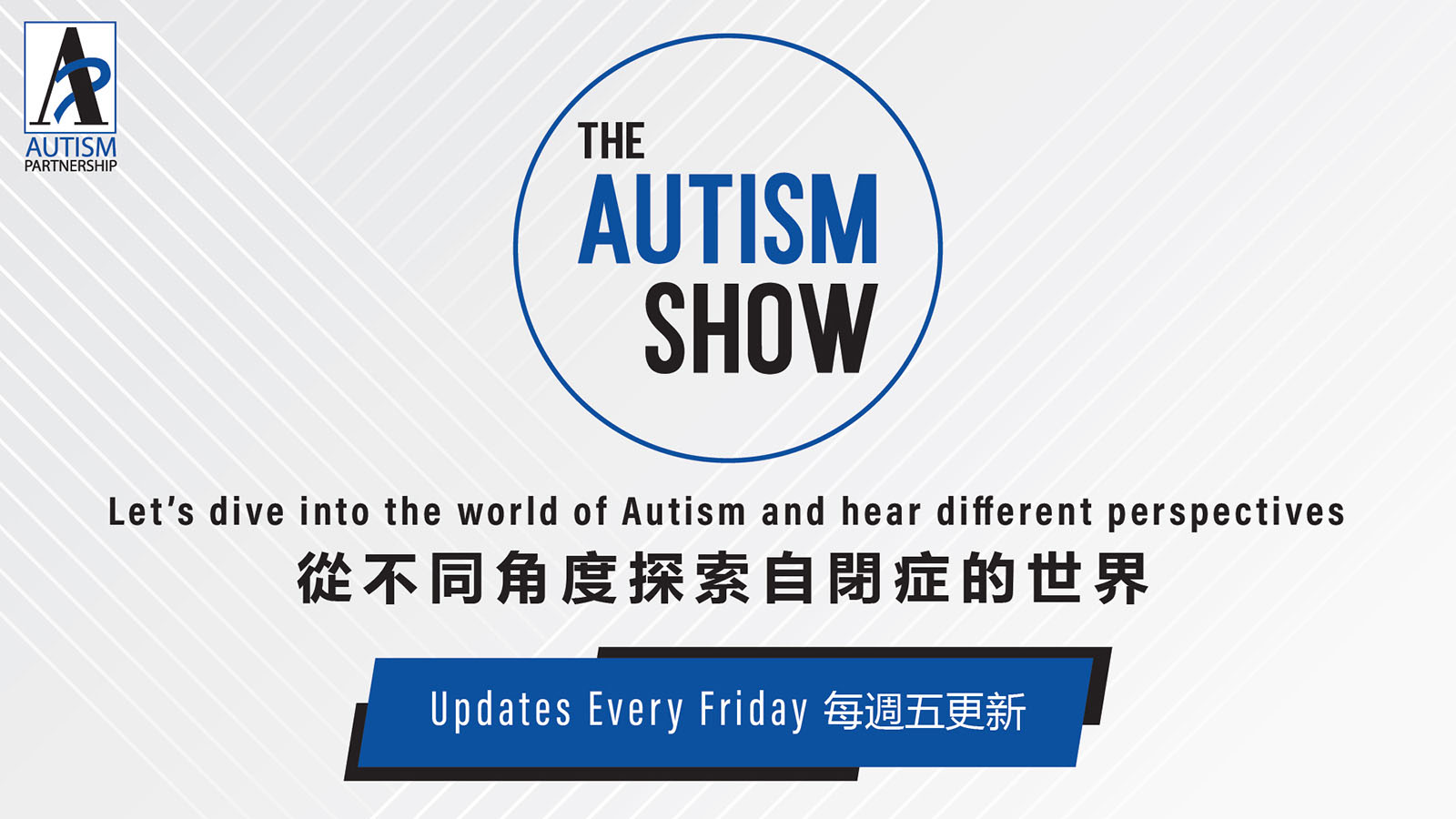 “Autism” is not a word that we will hear much in our daily life. To some people, “Autism” might sound foreign or irrelevant, but to some others, it is the opposite. Not many people know what Autism is, let alone understand how it impacted the individuals with ASD and their families in our communities.

This year, let’s break the ice and dive into the world of Autism with us at The Autism Show.

Accept and support individuals with autism, follow us at The Autism Show! To be aired starting April 16 with inspiring contents from different people!

After a child is diagnosed with ASD, many parents have undergone dramatic changes both emotionally and physically. As they venture to accept their child’s diagnosis and search for supports, what also comes along are the everyday stress and the concerns for their child’s future. In this episode, four parents from Hong Kong shared with us what it's like to be a parent of a child with autism, and the challenges they encountered along their journeys.

The number of SEN students in Hong Kong has been on the rise in recent years and yet, the services provided by the government are not sufficient. With the long waiting time, insufficient and unaffordable services, many children with ASD have missed the golden period of treatment, which has greatly delayed their learning progress. In episode 2, we will explore the journey of parents in getting access to the limited resources available in Hong Kong for their children on the spectrum.

EP03 Doctor on The Street – What is ASD?

EP04 The Causes of Autism

EP05 Explaining the Increase in the Prevalence of ASD

The rate of autism (ASD) diagnosis has increased markedly over the last 20 years, and is currently the fastest growing developmental disorder in the United States. According to the data released by the US Centers for Disease Control and Prevention (CDC) in 2020, approximately 1 in 54 children are diagnosed with autism.
In this episode, Mr. Toby Mountjoy will discuss some of the reasons of the increase in the prevalence of ASD.

EP06 Recognizing Potential Signs of Autism in My Child

If a child is developing differently to their peers, their parents, caregivers or teachers are usually the first to notice. Today we will be hearing stories from parents about when and what made them suspect that their child might have autism. Not reaching an expected developmental stage doesn’t mean your child has autism, but if you suspect that your child may have autism, the first step is to seek professional advices, and a diagnosis. Catching autism early and start quality early intervention is the key to help your child.

EP07 What are the Early Signs of ASD in Toddlers? An interview with BJ Freeman

In this episode of The Autism Show, we have invited a renowned Clinical Psychologist in Autism Spectrum Disorders from the United States, Dr. BJ Freeman to share her professional view of some very first signs of ASD in toddlers. What do parents in general first notice and at what age?

What do you know about ASD diagnosis and ASD symptoms? This week, we are back on the street with our reporter, Beverly to see what the general public in Mong Kok, HK know about ASD!

STAY TUNED WITH US!
Updates on Friday!