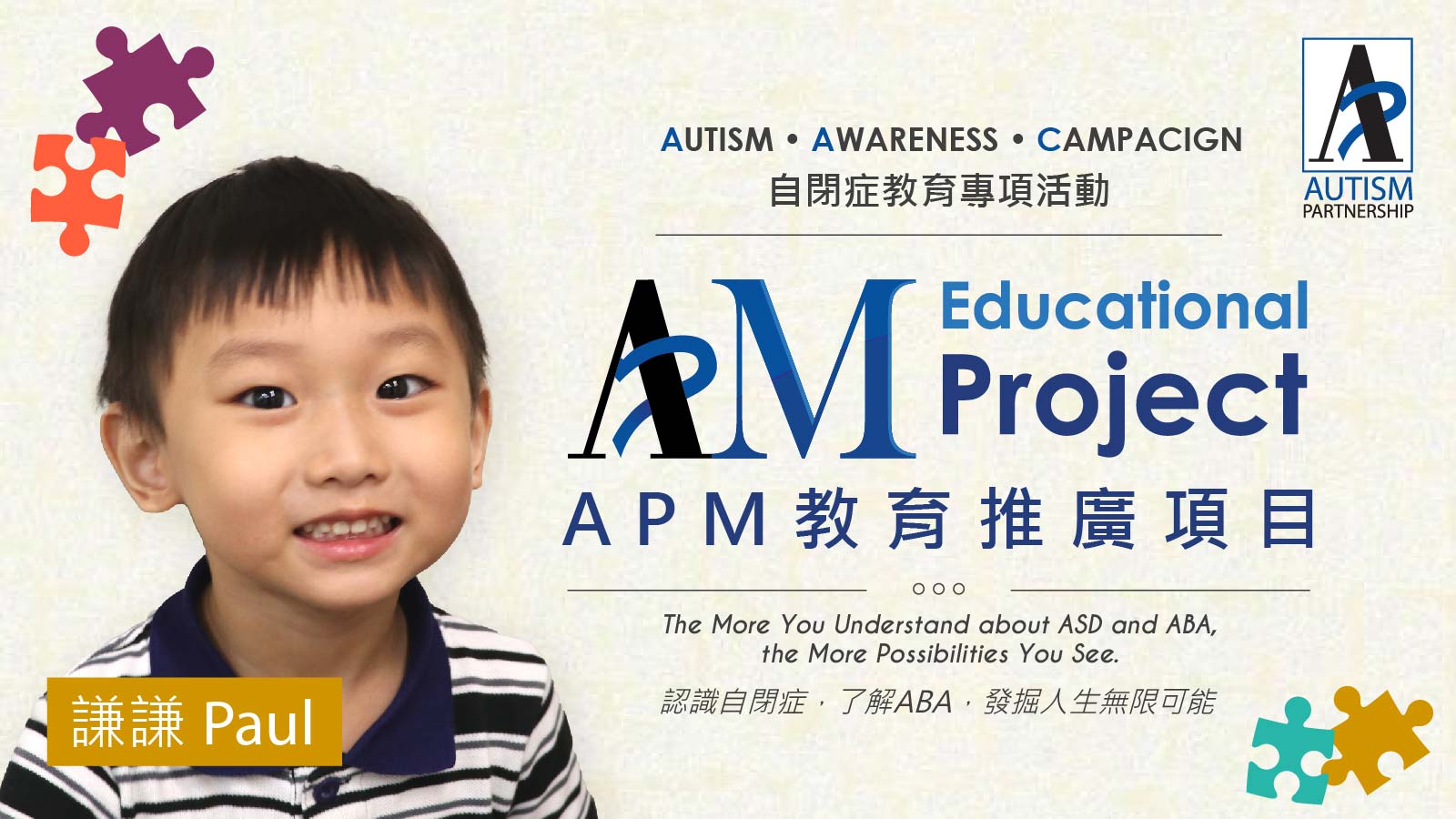 APM Education Project is a campaign that brings awareness to Autism Spectrum Disorder and address the importance of early intervention and effectiveness of APM treatment. Follow us to learn more about Autism and ABA Early Intervention!

Paul is currently 3 years and 11 month old, now attending K2 (Kindergarten) in Hong Kong. He was diagnosed with ASD at 3 years and 5 months old. His mum reported that he exhibits language delay, can only say short simple sentences. He has difficulty in speaking in longer sentences and following 2 steps or more instructions.
Paul presents several behaviour problems. He is unable to sustain attention nor focus on tasks at school or at home. Although Paul is generally able to listen to parents, he will cry and throw tantrum daily, especially when his requests are denied. He also has eating problem, requiring 6 hours to complete a meal.

Parent Sharing – When I thought he could never do but he did!

Paul’s mother was invited to present their perspective as an educational opportunity for addressing the awareness of ASD and importance of early-intervention. Paul is a past client of Autism Partnership Hong Kong.