A story about a 19 year-old with Autism – Autism Partnership 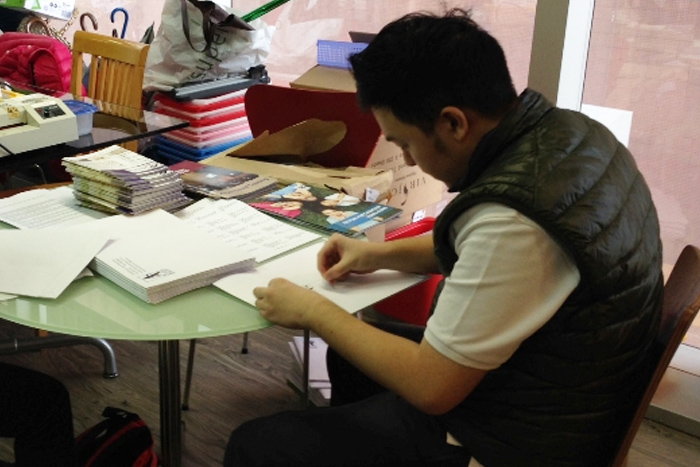 A story about a 19 year-old with Autism

Children with autism can have various behavioral problems that may hinder them to learn and communicate effectively in a classroom. In Hong Kong, many students with autism are attending mainstream schools which may not have specific skills or resources to help these students to learn effectively.

Shawn is one of the many examples in Hong Kong, who has been diagnosed with Autism Spectrum Disorder (ASD) since he was 4 years old. Shawn had been attending a special needs unit of a mainstream school until he was 16 years old. During his time in the school, he had been exhibiting ASD syndromes such as a low motivation to learn, low tolerance to changes, difficulties in following instructions, disruptive behavior and attention problems. He threw tantrums and displayed aggressive behaviors when there were changes in his routines. Despite Shawn being placed in the support group of the school, he still was not able to improve his behavior problems. As a result, Shawn’s disruptive behaviors became severe and he refused to go to school.

Three years ago, Shawn’s parents decided to transfer him to Aoi Pui School, the first registered school serving students with ASD. After attending Aoi Pui School for a few months, Shawn has improved his behavioral problems significantly. He was motivated to go to school every day. He followed teacher’s instructions nicely. He was keen to learn and attentive during lessons. He was able to keep his attention and complete tasks independently for the entire lesson without taking breaks in between. His home-class teacher implemented an effective calming strategy for him to control his emotions. After several months, he was able to control his aggressive behavior and was not displaying it anymore in school. He is also more flexible about what to wear for various occasions. Now, he dresses appropriately according to the weather and occasions.

“I am so glad that AP school opens such opportunities for teenager like Shawn. For everyone, the teenage years are somewhat a difficult time, but in AP school, every staff is very supportive, full of love and understanding. Their well-trained skills in nurturing my child, makes a great difference to his growing path”, says Shawn’s mom.

Because he likes to perform clerical work, such as typing, photocopying, stock taking, etc, he was selected to participate in the training at AP office early this year. Staff at AP office was amazed how well-behaved he was. During the entire training session, Shawn was able to complete all the various office-based tasks allocated to him.

Shawn’s class teacher at Aoi Pui School, Zon Leung, said, “We are so thrilled to see the positive changes and improvements in Shawn. I believe the major reason for his improvements were due to the effectiveness of applying the ABA (Applied Behavior Analysis) method and the customized education program for Shawn to optimize his learning ability. I personally found the ABA model effective for teaching Shawn, particularly in refraining from inappropriate behaviors and atypical social interactions and replacing them with appropriate alternatives; managing negative emotions, and initiating appropriate behaviors which guides him to react and cope with different situations.”

Aoi Pui School (APS), formerly Autism Partnership School, is a private primary school and is registered under the Education Department. It was founded by Autism Partnership Foundation in 2007 and was the first school designed specifically for the needs of moderate to high functioning children with autism in Hong Kong.
The school benefits students who may not be quite ready for a full mainstream placement by providing more individual planning to meet their education, emotional and communication needs.
Aoi Pui School has many unique aspects that make it different from other schools in Hong Kong and come from our extensive experience in consulting to schools all over the United States.
APS Website|APS Facebook